VW announces new SUV to be built in Chattanooga

Volkswagen is adding production of a new crossover utility vehicle in Chattanooga, a move that will bring $600 million in new investment at the plant and create more than 2,000 new jobs in Tennessee.

In a joint announcement from Volkswagen’s headquarters in Wolfsburg and the plant in Chattanooga, the world’s No. 3 automaker said it would begin producing the new three-row crossover at the end of 2016. 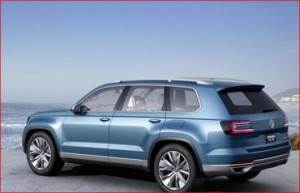