I would greatly appreciate your vote.

“The ballot is stronger than the bullet.” Abraham Lincoln 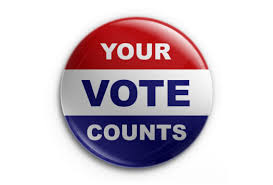 I have been visiting polling locations and encourage everyone to go vote early! Please call me or visit my website chipmillertrustee.com and click the link under elections if you need more information on dates or sample ballots. I sincerely appreciate your vote and support!! 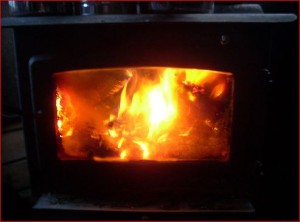 The Environmental Protection Agency recently imposed restrictions on wood-burning stoves that will deal a blow to rural Americans who rely on wood to heat their homes.

Critics charge that the rule changes were enacted following pressure from environmental groups.

The EPA tightened restrictions in January on the level of fine airborne particulate emissions that wood-burning stoves can emit, from 15 micrograms per cubic meter to a maximum of 12 micrograms.

The EPA restrictions would ban the production and sale of the kinds of wood-burning stoves that compose 80 percent of those currently in use in the United States, Forbes reported.

“Although this is an ancient technology, it can provide a solution for high heating costs in many parts of the country,” Laura Huggins, a research fellow for both the Hoover Institution and the Property and Environment Research Center.

I just received notice this morning that Knoxville Area Association of Realtors has endorsed my campaign!

I am pleased to announce that the Knoxville Area Association of Realtors (KAAR) Board of Directors and Governmental Affairs Committee have voted to officially endorse you in your race for Loudon County Trustee!
We are also happy to take part in any media/press events you have coming up so please let us know if there are events you would like representatives from our Association to attend.
Best regards,
Jennifer Roche
Governmental Affairs Director
Knoxville Area Association of Realtors
609 Weisgarber Road
Knoxville, TN  37919 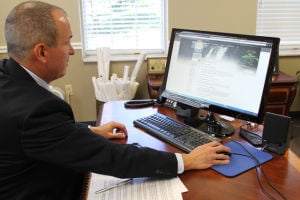 Loudon County Trustee’s Office staff members are gearing up for a transition that plans to boost operations more into the 21st century.

Trustee Chip Miller said an agreement was reached Friday with Knoxville-based eGovernment Solutions, a company that has provided software for trustees across the state, that would introduce a more streamlined and efficient service for customers.

Loudon County joins 20 other counties in Tennessee, including Blount, Anderson and Knox counties, he said.

Current services have been handled by Local Government Corporation, which once provided a “state-of-the-art” upgrade 24 years ago and helped lessen the office’s carbon footprint. The new system is taking that idea one step further, he said.

Residents will notice a number of improvements like integrating credit card payments both in the office and online, making payments over the phone, even billing via texting in the future, and providing real-time services for receipts, bills and tax years of parcel history.

“It’s going to change the way the trustee’s office works, and the way the constituents interact with the office,” Miller said. “We’ll have 800-numbers with call centers, and you’ll be able to go online and instead of just paying your bill at Tennessee trustee and that’s all you can do, you’ll be able to go back for the last 12 years and get a copy of your (property tax) receipt.”

Operations will remain as they are until the second or third week of May, when the office will then transition to the new system.

Miller said officials had already begun training online, but the real “hands-on training” would be when staff members began inputting residential information collected up through the middle or latter part of May. Waiting until toward the end of the month provides staff members a way to experience different scenarios, he said. Starting in May also gives the staff the chance to avoid encountering problems during tax season.

Blount County Trustee Scott Graves said the plan was to switch in April, but due to “unforeseen circumstances” with converting older data, operations under the new system did not begin until September.

“We didn’t actually begin to work with the system until like Sept. 1, and by that (time) we had sent out some bills and started collecting for 2013, and it was difficult to learn the system while during our busiest time of our collection period,” Graves said.

Residents may notice a bar code on their property tax bills in October. Miller said this was a way to help identify residents’ property more easily when they come into pay.

“So when you come in, we’ll have a handheld scanner that will scan it, and it will pop up,” Miller said. “That’s not a huge deal if you’ve got one bill and you’re coming in to pay it. … It saves a few minutes, gets the taxpayer and the client out the door quicker.”

Scanned documents will then be kept on record in a PDF format and tagged to a property owner’s name for later use when needed, Miller said. The server- and web-based system will keep track of names and be able to auto-fill what an employee is typing similar to a search engine, something the current DOS-based system does not do, he said.

“We can make all these notes and save our time on the ground going back and forth to a filing cabinet, and there will be things that we still have to keep copies of, but as far as accessing them and the speed of service, we’ll be able to pull them up without having to get back up, same way with the adequate facility tax,” Miller said. “We’ll be able to pull up their building permit and ask, ‘Did they add to it? Did they take away from it? We saw it was issued Oct. 1. Do you need an extension?’”

Crumley said eGov’s system would allow for bundling residential parcels together and provide an easier experience for staff members.

The office’s current system does not let officials bundle parcels together, instead making them write down each receipt number before moving onto the next parcel, Miller said.

“Because a lot of times they don’t bring their bill, and if they’ve got a whole bunch of parcels, then we have to look all of those up individually and this way you can just pull up like their name and just group them all together, and it’ll save it from year-to-year also,” Crumley said.

“It’ll make for a more educated taxpayer and a happier taxpayer because they’ll have more information at their finger tips,” he said about the website’s changes.

An added level of security with eGov will allow the ability to keep track of an employee’s keystrokes on a server, that way the system can prevent employees from committing crimes, Miller said.

Miller said implementing eGov would help the trustee’s office be more efficient, timely and easy, both for customers and employees. It will also help lessen human error and save “tons of man power.”

This new system will give the county trustee’s office the option to accept property tax year-round, Miller said.

“That’s a big deal because a lot of people want to come in, and they want to pay by cash,” Miller said. “We can’t take a tax payment until the tax bill comes out and they have got a window of October through the end of February to make a current year tax payment. We will soon have the ability to take a year-round tax payment.”

Miller said year-round payments would be based on “good faith testament until the tax bill comes out” and would then be adjusted higher or lower.

Having residential bills be sent through a text message may also be a service the trustee’s office provides within five years, Miller said.

“I mean, mark my word within five years and probably a lot sooner than that, we’re going to be texting you your bill if you choose,” Miller said. “… I’ve tried to find some disadvantages to it. There’s not a disadvantage to it other than change.”

Ponch from CHIP’S is a supporter!! 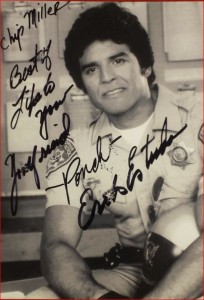 Voter education is essential to ensuring voters are well-informed and can effectively exercise their voting rights and express their political will on Election Day.